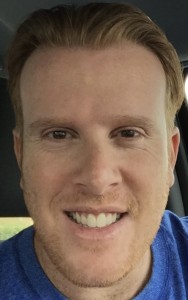 I am delighted to be able to offer this service to the community after realising the need for help with modern day technology.

The idea was born after purchasing an ‘iPad’ for my father who is 71 yrs old. My family decided it would help him keep his brain active and considering he already had an ‘iphone’ he would be able to use it without assistance. How wrong were we! Two weeks after he was given the gift it was still sitting in the box, and my mother & I asked him why he wasn’t using it… after all I had set it up for him.

It was at this point that I realized he was actually frightened of using it, because he thought he couldn’t. I felt so guilty that I had not spent enough time explaining how to use his new device, I decided to make it my mission to help both my dad, the over 55’s and anyone else to learn modern day technology.

Originally from London, England at 36yrs old I have over 10 yrs background in motivational training, which included learning how to use a computer, and I thrive to teach others how to work smarter not harder and with modern technology that is possible. After being self-taught in computers and gadgets I have learned the skills of how to work with all kinds of people but most specifically the 55+ community. I have always enjoyed the satisfaction of helping others and this became my ultimate goal, as it was clearly needed when I realized my 4-year-old daughter could navigate around an iPad better than my Dad.

Our parents have always been our teachers and mentors yet as we grow older they are being left behind with complicated devices, which they are frightened to use. So often we are not patient enough with them and they are nervous to keep asking us what certain words and symbols mean like ‘Skype’ “Blogs’ Apps’ etc. to name but a few

It’s time to give back to them, We want them to be able to send photos abroad or out of state to their family, or to be able to write and respond to emails and use Facebook so they too can feel part of the 21st century.

I am delighted to have formulated this idea and set up ‘Get With I.T’ with the help of my mother who at 65yrs old is still very active in business and has had to learn by herself how to use the internet in order to be successful in her business. It Is NEVER TOO LATE to learn and enjoy new ways of integrating with all ages.

So be assured that I will always be available with my team to assist and help you all if you are frightened or unsure how to use any device, it will be my pleasure to help you understand whatever is your requirement.